The 407th wanted you to see some pictures from their latest school-supplies drive. You can read about it and see additional photos here.

As a reminder, this effort has been wholly the work of the airmen and their families. If you’d like to help, you can mail school supplies to: 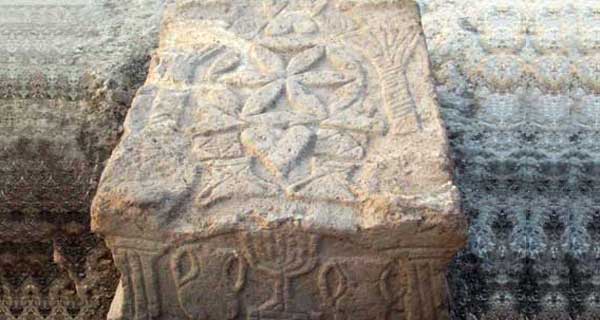 It came from a synagogue in Galillee and was created about 2000 years ago.

After watching that last video, watch this one.

Isn’t it obvious why this was a bad choice?

I confess to having forgotten the devastation that day brought to the United States.

I am not sure I understood it that day.

I am not sure I understand it now.

What made me think it wasn’t? The “founded on Christian principles” thing. It sounded more like someone in the US did it than the PM of Australia. (They were begun as a penal colony.)

But I still wish someone in the United States who has power would take a stand like this.

Prime Minister Kevin Rudd – Australia
Muslims who want to live under Islamic Sharia law were told on Wednesday to get out of Australia , as the government targeted radicals in a bid to head off potential terror attacks.

Separately, Howard angered some Australian Muslims on Wednesday by saying he supported spy agencies monitoring the nation ‘ s mosques.
Quote: ‘ IMMIGRANTS, NOT AUSTRALIANS, MUST ADAPT. Take It Or Leave It. I am tired of this nation worrying about whether we are offending some individual or their culture. Since the terrorist attacks on Bali , we have experienced a surge in patriotism by the majority of Australians ‘ .

‘ This culture has been developed over two centuries of struggles, trials and victories by millions of men and women who have sought freedom ‘ .. ‘ We speak mainly E N GLISH, not Spanish, Lebanese, Arabic, Chinese, Japanese, Russian, or any other language. Therefore, if you wish to become part of our society . Learn the language! ‘

‘ Most Australians believe in God. This is not some Christian, right wing, political push, but a fact, because Christian men and women, on Christian principles, founded this nation, and this is clearly documented. It is certainly appropriate to display it on the walls of our schools. If God offends you, then I suggest you consider another part of the world as your new home, because God is part of our culture. ‘

‘ We will accept your beliefs, and will not question why. All we ask is that you accept ours, and live in harmony and peaceful enjoyment with us. ‘

‘ This is OUR COUNTRY, OUR LAND, and OUR LIFESTYLE, and we will allow you every opportunity to enjoy all this. But once you are done complaining, whining, and griping about Our Flag, Our Pledge, Our Christian beliefs, or Our Way of Life, I highly encourage you to take advantage of one other great Australian freedom,

‘If you aren’t happy here then LEAVE. We didn’t force you to come here. You asked to be here. So accept the country YOU accepted. ‘

I have a paper due October 1 that is mostly written, but I need to fix it.

I have a paper due October 15 that I have purchased the books for research and begun reading, but that’s all on the lit review section. (I have read all the plays and taken notes.)

I have a paper due October 23 that I’ve done tons of research for but haven’t written a lick on.

I have a paper due October 30 that’s on some books. I’ve read the books but haven’t written the paper. It has potential to be published. But I’d have to have a reasonably good abstract done at the end of the month.

I have two papers due in December. They aren’t written. One will be easy. One will be a little more difficulty.

So… there’s papers I need to get cracking on and I just don’t have the desire to do anything.

I will tell you that getting my work done today wasn’t hard. It helped that I decided not to assign homeworks. It let me get caught up.

I’m dropping homework assignments when they aren’t necessary. We’ll see how that works.

I am not autistic. But I think my eldest is.

I’d like him to take the quiz without knowing what it was.

I took it for him and came up with a 35. That’s less than the Common Room mom got so either 1) I don’t know E as well as I thought or 2) He’s not as Asberger-ee as I thought.

I find this particularly funny because I referenced Dragnet last week in class and none of my students knew what I was talking about.

Did they really say those things, or did the guys do voice overs?

If this story in the Washington Times is at all accurate, a judge has just ruled that a little girl must be removed from homeschooling and sent to a government school — because the judge hoped that would cause her to lose her religious faith:

I’m not a right-wing wacko. They really are out to get me.

This same thing happened in Texas years ago. They had a test made up for new teachers to take. It was supposed to be rigorous, useful, accurate, etc. Then, when 90+ percent passed, they said it was to easy and made up a new one.

At least it’s not California, where when people fail they make the test easier.