We went to Jon and Angela’s baby shower (boy) the day after Christmas. Since the day before Christmas Eve is our official wedding anniversary, I told Jon we had been married 25 years now. He asked what advice we would give.

Ron, on the other hand, said later that, if he had been able to (some big shower thing happened and stopped the conversation), he would have said, “Let go.” Don’t hold on to every little thing. Don’t focus on the things that are going wrong or that you don’t like. Don’t get all caught up in what is wrong.

So, if we had given advice, it would have been (apparently) conflicting, but I don’t think that it is at heart.

Don’t give up on the big things. Don’t focus on the problems. We’d both agree with that, I think. Though Ron would probably mention that a lot fewer things are “big” than you might think. 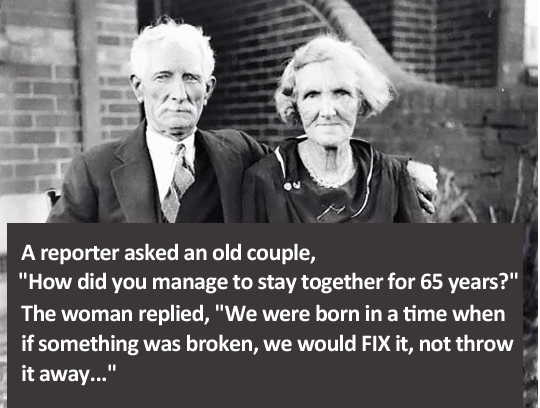