Al asked me to present to students on a book that had made an impact on my life and a difficulty I was facing. Obviously, my dad’s death would be the main difficulty/challenge recently.

I wrote stuff down so I could stay within the time limit and not cry.

A recent challenge is that I became an orphan. My father died two weeks ago. We buried both my parents last Thursday. How am I dealing with it? In the best ways I know how. I am doing little things that remind me of them but donâ€™t make me cry. This necklace is one my father purchased for me on an international trip when I was in high school. These earrings were my graduation gift when I got my PhD. When I was about 13 years old I said I wanted emeralds and my mother remembered.

Truthfully I’m sad and lonesome and my brain doesn’t concentrate. I am making notes and setting alarms for everything. I’m issuing lots of apologies, working long hours to catch up with the time I was gone when my father went on hospice, and mostly ignoring the loss.

Other professor friends have told me that I’ll slow down over Christmas and it will hit me then. To tell you the truth that terrifies me; if it is going to be worse over the holidays, I may become a hermit.

Ron’s eulogy for my folks.

Today we buried my wifeâ€™s parents in Flagstaff Arizona. These are the words I would like to have said at the service, but I canâ€™t even think them without crying. There is no way I could have said them.

My favorite memories of Cleo and Jennifer show their humor. Cleo constantly joked with wait staff at the many restaurant meals we shared. Theyâ€™d ask â€œIs there any thing else I can get you?â€

My favorite story of Jennifer I didnâ€™t experience directly but heard later, probably from Cleo. On one of the many trips the two of them took together they were on a beach. She noticed him check out a bikini clad woman walking along the shore and said, â€œCleo, the only way you could get that girl was if you chased her down waving your W2.â€

I was reminded of him at church last week when I noticed a woman in the aisle barefoot. Cleo once commented to someone who asked what Suanna and Iâ€™s church was like after he visited.

â€œNo one at their church wears shoes.â€

Which for Hope Chapel in Austin was funny but only half true.

The most important thing Cleo and Jennifer did for me though was to raise a daughter who knows how to be a better wife than I deserve. Their relationship taught her that life together isnâ€™t always easy. You donâ€™t always get along. You arenâ€™t perfect toward each other.

But you approach life together. You try to make each other and everyone else laugh. You make the best of the bad times and in the end you are always there for each other.

And when you pass on, they take your bodies, turn them to ashes. Mingle those ashes together. Encase them in stone. And bury them in the ground side by side.

Then for as long as this planet circles its star the two of you will always be together.

Three weeks ago today a radiologist said to my father, “You should get this checked out. It might be lymphoma.” Two weeks and two days ago I got a call that said to come now if I wanted to see Dad before he died. It was his 75th birthday. Three days ago I was with my father when he died.

Death was not swift, despite this timeline. He was ill for quite a while when we did not know what was wrong–even though he had pains and we went to a myriad of doctors.

I will miss Dad.

The funeral for both my parents will be next week in Flagstaff, Arizona, where my mother grew up.

Dad went home to hospice on October 8, nine days after being admitted to the hospital. Uncle Jimmy got to see him before he left.

When Steph was out sleeping, I just laid next to him and talked about whatever came to mind. Dad said, “Will you please stop talking?” I guess he is more like Steph than I thought.

Later on he asked me to give him a kiss.

“Give me another kiss, please.”

“Will you hold my hand?”

“Will you comb my hair?” That was addressed to Stephanie.

Dad had been trying to get up every half an hour with Stephanie (and literally every 5 minutes that morning). “It hurts laying down.”

I told him that I would help him sit up, but that he could not try to get up.

Almost as soon as he sat up, he tried to get up off the bed.

I was pleading with him. I told him I couldn’t help him. He couldn’t stand on his own. We would both fall down. One of us might get broken and it would probably be me. Then he’d be stuck trying to get help when he could not talk loud or move. It would be terrible. He stopped fighting me on that.

I sat up holding him for two hours.

They changed Dad’s meds this morning and he gets one every hour.

Steph had given up trying to sleep and come back into Dad’s apartment around 9 or so. Then she fell asleep.

I needed Dad’s medicine, but I didn’t want to wake her up to ask her to get it.

So I asked Daddy if he would lie down and not try to get up while I went to get his medicine so Stephie could sleep. He said, “Yes.” That was his last word.

That afternoon, around 4, Dad was cool and Mark remarked on it. Steph said he would get hot if we put a blanket on him. We did it anyway because he was cold at the time.

I went and got dinner, ate it.

Went back into the room and Dad was sweating, hot. I told Steph. (For the first time in two weeks she hadn’t been sitting staring at him, but had been reading a book.) She said, “I told you not to put a blanket on him.” I said, “four hours ago!” (But I don’t think he was that hot when I came in with dinner, so it had only been a little while, really.)

Dad was having trouble breathing. His eyes were bugged out. Steph didn’t realize (see above). We moved him around and Stephanie kept saying, “It’s okay, Dad. You can rest.” and petting his arm.

I was holding his other arm and touching his cheek and giving him kisses.

After about 2 hours (why everything in 2 hours today?) Dad calmed down and was breathing better.

Steph got on the bed to rest.

I pulled the couch pillows down and laid on the floor, holding onto Dad’s foot, so he would know I was there.

Jeanna came in around 12:30 and sent us both to bed. I thought Dad might be gone before we got up. He wasn’t. 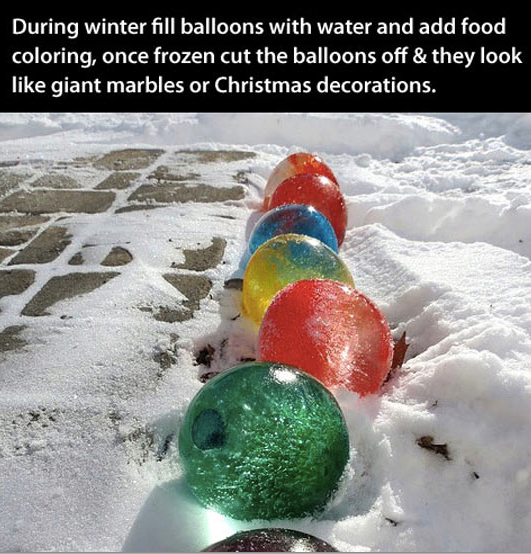 Dad is going on hospice Friday (ASAP for MD Anderson). He has non-remittable bone cancer, in addition to the lymphoma, and they think he has a third kind. Some other stick test being done for that, but will take a week to come back. Why? Because inquiring minds want to know, apparently.

Please pray for my dad and for our family.

I am working on arranging to be off next week. Pray for all the folks who are helping me with that.

Wednesday was Dad’s 75th birthday. Tuesday night I was wishing that it fell on a Saturday, so I could get there to see him on his birthday.

Wednesday morning I started getting texts from Stephanie. Dad had been up from 3 to 6:30 and wasn’t lucid. He was talking about hoeing cotton, something he hadn’t done in over 50 years.

At some point, early on, Stephanie said to come in because she didn’t think Dad was going to survive. I got through my two morning classes, having told them what was going on, handed the tests over to Kori to do for Friday, canceled my two T/R classes, and started to go to the house to pack.

Ron had texted me that Micah was coming with us. I called Micah to see if I could pick him up. He said he hadn’t packed yet. I said I would wait. He told me he was taking that OT test for grad school. So I hung up.

Went home. Packed. Ron arrived from getting his car cleaned out. I told him that Micah was in a test. He told me to go on without them and they would follow. I asked him to get me lunch so I could finish sending emails to students. He did. We ate together and I started driving to Houston.

I left around noon and I got there around 6. The traffic wasn’t great, but it wasn’t horrible either.

On the way Steph had sent a text saying Dad was in the ER at MD Anderson. Went straight to MD Anderson. Dad had been given an IV and was more lucid. I asked if he had been dehydrated. She said no.

That morning, sometime, the hospital had called with Dad’s diagnosis from the biopsy on Monday. They said he has diffused large high grade B-Cell lymphoma.

The lymphoma doc kept saying 80% cure rate, but she didn’t even know Dad had had a stroke or that his kidneys weren’t functioning or any of that.

…
Yesterday the texts were that
Dad has to have another biopsy because MDA says the biopsy wasn’t big enough.
Dad may die from the chemo.
If they do chemo, he might live for as much as 5 months.
If they don’t do chemo, he will die within 2 weeks.

I am not sure why that has changed. Did the lymphoma doctor finally start saying that? Or what?

Because worrying about my dad isn’t enough… My brother was bitten by a raccoon and has now been waiting four hours at the ER for a rabies shot. Please pray they get him one soon. The CDC says he should have a shot “right away.”

Update: After 5 hours, he got the shot. Thank you, God!

My dad has B cell diffused Non-Hodgkins lymphoma. Supposedly usually curable, but he also has double pneumonia, he has at least 3 of the contra-indicators, and his has been diagnosed (but not by MDAnderson yet) as high grade, which can mean it has spread.

They checked his heart yesterday. No news on that. His kidneys are not functioning. They did a renal ultrasound yesterday. Have not heard on that. Today is a bone marrow test and PET scan.

MDA has requested the specimen Hermann SW got in the biopsy Monday. They want to do their own diagnosis.

Our family is not expecting to hear from the 2nd doctor again till Tuesday–when all the tests will have been read.

My dad is in the hospital and going home on hospice today. Please pray for him to not be in pain.

Update: Change in plans. Doctor last night said, “No hope.” (Okay, literally it was, “He won’t live long enough to go home.”) Second doctor says, “Maybe we can cure him.” Now we’re sitting around getting 5 different kinds of tests to see if he can be helped. …